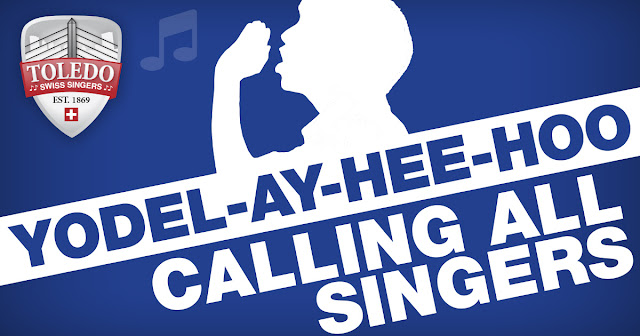 The Toledo Swiss Singers, one of the area’s oldest singing groups, are looking for singers!
The Singers practice Wednesday evenings at 7 p.m. at Oak Shade Grove, 3624 Seaman Road in Oregon, from September to May.

Singers over age 18 and of all parts (soprano, alto, tenor, baritone and bass) are welcome.
Join the Singers in preparation for their first concert on Sunday, Nov. 13.

Currently under the direction of Micah Graber, the choir has been a cultural staple in the Toledo area since 1869 — that’s 153 years of celebrating Swiss culture in the area! The chorus in its current form has been around since 1924. Its aim is to retain and preserve the culture and songs of Switzerland, to live up to the singers’ ancestors’ tenets of faith and behavior, help others, and to be good citizens.

The Swiss Singers practice Wednesday evenings at 7:00 at Oak Shade Grove from September to May.
Labels: open house swiss singers